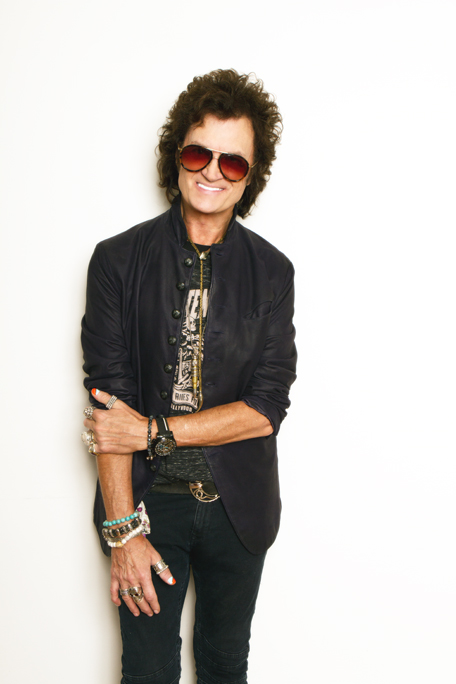 The new Glenn Hughes album is soulful and extremely heavy

The former Deep Purple singer works right now in Copenhagen, Denmark, on his 14th yet untitled album set to release in early November. Metalized interviewed him in the studio and listened to some of the tracks. “This album will be the first kind of complete Glenn album,” he says.

The heavy riffing on both ‘God of Money’ and ‘Let It Shine’ is breathtaking, bringing fond memories of Tony Iommi’s 2005 outing ‘Fused’. The new Glenn Hughes album is set to release in the very first days of November and sounds very promising. From what Metalized got to hear this might well be the most heavy sounding Hughes solo album.

Metalized meets Hughes, the former Deep Purple bass player and singer, in Medley Studios in central Copenhagen, Denmark, in the first week of a one month long recording session. Soren Andersen, the Danish guitarplayer Hughes took under his wings as a touring guitarist through the last more than five years co-owns Medley Studios and is co-producing the upcoming Glenn Hughes album.

Soren Andersen behind the mixer, working on yesterday’s tracks. Glenn Hughes in the black leather couch ready to tell us about the new album. An album that hasn’t got an official title yet.

“The album has got a working title, but I can’t say what it is, because I haven’t even told the record label. I may change it. The title of the album may not be a title of a song. You are listening to a song right now called ‘Let It Shine’. We’ve done a song called ‘God Of Money’ and a song called ‘Steady’. That’s the first three songs we’ve recorded,” Glenn Hughes says.

12 songs and only one month of recording. While listening to ‘Let It Shine’ Glenn Hughes tells us about the writing process:

“I come prepared. I write every day. I’ve literally got more songs than I need. Honestly. When I make records, I write them in my house, in my studio. That gives me at good sense of what the album is going to be. Funny enough – as heavy as this song is – I have always written on acoustic guitar. Throughout my house I pretty much have a guitar in every room.”

The songs Metalized got to hear during the interview is some of the heaviest Glenn Hughes songs to date. But we are not getting a one hundred percent heavy metal album. The musical diversity that is a Glenn Hughes trademark shines through on this, his 14th soloalbum since his debut ‘Play Me Out’ in 1977. The last soloalbum was the groovy ‘First Underground Nuclear Kitchen’ eight years ago.

“Although some of them have been very, very soulful and very, very funky, the key for me – as I am an Englishman that grew up in the West Midlands – is rock. But when I moved to America in the early seventies I started to listen to what came out of Detroit. And I met Stevie Wonder. He became a very, very close friend and still is. He became my mentor.”

“I need people to know that my success has come from the foundation of rock music. As much as I love The Beatles, Otis Redding and Stevie Wonder, when you think of Glenn Hughes, you think of the guy who plays bass and sings in any register.”

“I am friends with a lot of famous rock stars and they are one genre. I wouldn’t say who, but they have a one genre dimensional sound. You know it’s them. And you know it’s me because of my voice. I have been cursed and blessed with the ability to switch very quickly from rock to soul to funk to acoustic and almost into jazz – without scaring people. When you mix those ingredients that’s Glenn Hughes. This will be an album that is entirely Glenn Hughes music. For that reason it is an important album. It is my first album in eight years.”

The man with the six string

Danish guitar player and record producer Soren Andersen have stuck with Glenn Hughes since 2009, have played more than one hundred shows with Hughes. And is the man with the six string on the new album.

But it wasn’t Andersen that originally was set to co-produce the new Glenn Hughes album.

“I was going to make this album in America, in LA, and I was going to co-produce it with somebody else, somebody that is a more famous producer. I knew Soren was going to play guitar with me in America. I knew he had this place and I said: ‘I wrote the songs. I know what they are about. I know what sounds there should be, maybe you can help me produce it?’. It’s his studio, and it’s working out great because he really understands my music. Producing is not so much about the sound. It’s about the arrangement and the drama of the song. To me it’s not technical. It’s about soulful things.”

“He understands me and the elements I have in my music whether it’s Detroit or very British, West Midlands, Black Country. My music is definitely Tamla Motown and rock. When I say Tamla I don’t want to scare people. I am going back to my roots, and Soren understands my roots. I have played with quite a few guitar players and he embraces what I write. He doesn’t try to change it. I have worked with other famous guitar players who – bless their hearts – but they have not been able to fully understand where I am going. It sounded great but it wasn’t completely Glenn. This album will be the first kind of complete Glenn album.”

When the album is recorded through June and July, Hughes immediately teams up with Joe Bonamassa and starts working on what becomes the 4th Black Country Communion album. But that’s another story – coming to you very soon.

And then Glenn Hughes and the band starts touring up to and after the release of the album in November. He is looking at a year on the road. 50 shows alone this year.

“It’s a crazy year for me. I have to be very healthy, very fit, get a lot of sleep, drink a lot of water. And listen to my wife.”